The couple pleaded guilty to the charge after they were arraigned before the state Magistrate’s Court sitting in Ogba by the state government.

They were specifically accused of organizing a birthday party in their house with over twenty persons in attendance.

The defendants were alleged to have committed the offence on April 4 at their residence 9, 6 badamosi Close, Amen Estate, lbeju Lekki in the Lagos

According to the Attorney General of the state, Moyosore Onigbanjo (SAN), who led the prosecution team, their action is contrary to section 8(1)(a) 81(1)) and 17(1}(i) of the Lagos State Infectious Disease (Emergency Prevention) Regulation 2020.

He also maintained that the offence is punishable under Section 58 Public Health Law Cap P16 Vol.9 Laws of Lagos State, 2015. 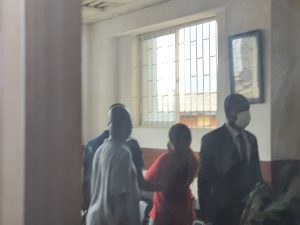 Some of the dignitaries that attended the party included; Naira Marley, Rasheed Gbadamosi, a former Lagos state governorship aspirant among others. 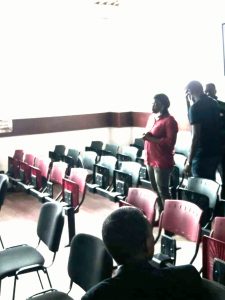 The Federal Government last week ordered a total lockdown for residents of Lagos, Abuja and Ogun States to curb the spread of COVID-19.

The charge reads: That you (1) FUNKE AKINDELE ABDUL RASHEED BELLO on the 4th day of April, 2020 at 9, 6 badamosi Close, Amen Estate, lbeju Lekki in the Lagos Magisterial District gathered at the aforementioned address with over twenty persons contrary to the social distancing directives of Mr Governor of Lagos State made pursuant to Regulation 8(1)(a) 81(1)) and 17(1}(i) of the Lagos State Infectious Disease (Emergency Prevention) Regulation 2020 and thereby committed an offence punishable under Section 58 Public Health Law Cap P16 Vol.9 Laws of Lagos State, 2015.

The proceedings are still ongoing at the time of this report.

Justice Oluwatoyin Taiwo of the Lagos State Special Offences Court sitting in Ikeja will on ...

A Dublin Circuit Criminal Court has convicted and sentenced three men said to be Nigerians to ...

Justice Daniel Osiagor of the Federal High Court in Lagos has ordered the arrest of two businessmen ...

Gov Abiodun, Kingmakers At Loggerheads Over Appointment Of New Olowu Of Owu

OAU Student: Adedoyin, Others Have Case To Answer, Court Rules