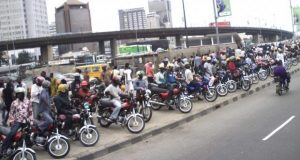 Lagos state government on Monday announced that it has imposed total ban on operation of motorcycles popularly known as Okada and tricycles locally called Keke Marwa.

The ban commences on February 1.

The ubiquitous Okada has been accused of causing accidents in Lagos, Nigeria’s commercial capital.

The state government recently accused the Okada of increased crime rate in a city where gridlock slows vehicular movement.

The Okada was restricted from plying bridges a week ago, but it’s now been totally banned from a chunk of the city, according to Commissioner for Transportation, Frederic Oladeinde.

Why Agba Jalingo is still in detention – Governor Ayade

Why Dariye, Kalu Others Did Not Get Presidential Amnesty –NCS