The bus conveying press crew covering Lagos State Governor’s Office on Sunday was heavily attacked by thugs between Ebute- Ero and Adeniji, Iga- Iduganran axis on Lagos Island, leaving no fewer than two journalists wounded with others sustaining various scars on their bodies.

The press crew bus which was in the convoy of All Progressives Congress (APC) presidential candidate, Asiwaju Bola Ahmed Tinubu, was attacked by the thugs who threw heavy stones repeatedly as it joined other vehicles conveying dignitaries, including Governor Babajide Sanwo-Olu; Kano State Governor Abdullahi Ganduje; and others, who had just left the palace of Oba of Lagos, Oba Rilwanu Akiolu.

Tinubu, who arrived Lagos Airport at around 3:40pm, to the waiting hands of enthusiastic crowd of party loyalists and supporters, had immediately headed to the palace of Oba Akiolu on a courtesy call.

The press crew bus was heavily attacked by the hoodlums, as it drove with high speed to escape while journalists had to lie low in it for many to escape being injured, but still few others still had brushes. 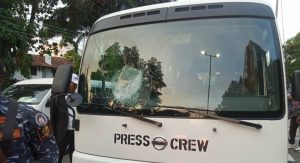 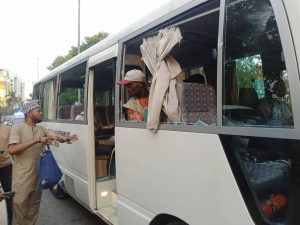 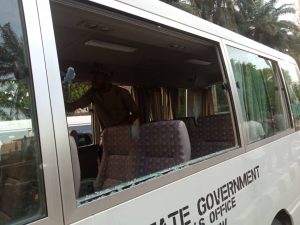 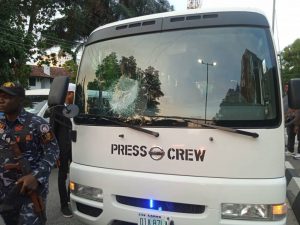 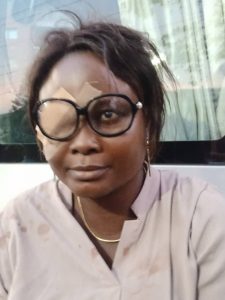 However, Western Post correspondent, Adeola Ogunrinde and Omatseye Atsenuwa of Smooth 98’1fm got wounded, while Adedoja Salam of TVC went into shock due to heavy bombardment of stones and bricks thrown at the press crew bus, leaving the windscreen and nearly all the side screens broken.

Ogunrinde got wounded in the face, while Atsenuwa had his arm hit directly by one of the heavy stones thrown at the press crew bus.

Related Articles
We will be happy to hear your thoughts

National Association of Judiciary Correspondents (NAJUC) has condemn the  unlawful detention of ...