The Katsina State Government on Thursday night at about 9pm announced the release of the 340 boys of Government Science Secondary School, Kankara who were abducted when bandits invaded the School on December 11, 2020.

A statement from the Secretary to Government of Katsina State, Mustapha Mohammed Inuwa confirming the release of the boys said they are being transported to the Government House for presentation to the Governor.

Governor Aminu Masari also on Thursday night claimed that the boys, who were at Tsafe, Zamfara State, would be transported to Kankara on Friday. 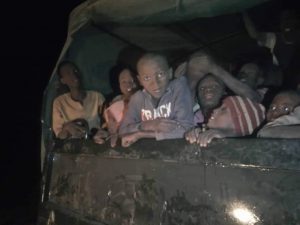 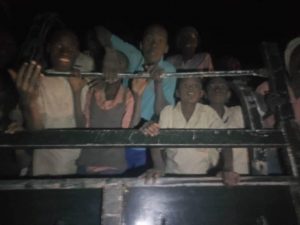 According to the Governor, the release of the schoolboys was facilitated by the leadership of MACABAN/ Miyetti Allah.

The Special Adviser to the Katsina Governor on Security, Ibrahim Kastina , also confirmed the release of the students.

He said the students were at Tsafe (82. 5 km via road) from Kankara town in Katsina.

“Alhamdulillah. The boys have been rescued and are now at Tsafe, Zamfara State. But, we shall be moving them to Kankara tomorrow (Friday),” Kastina said.

Earlier on Wednesday, Governor Masari said the abducted students were taken to a forest in Zamfara State. 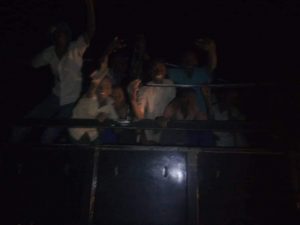 He, however, refuted the allegation that the students were kidnapped by Boko Haram.

The Zamfara State Commissioner of Police, said the schoolboys would be handed over to Katsina State Government soon.

He, however, maintained that all the schoolboys were looking healthy, adding that none ọf them complained of any ailment.

“The boys are healthy but looking very tired , we will hand them over to their state as soon as possible,” the CP said.